A significant number of Spain’s golf courses depend directly on tourism, as national demand is considerably reduced in the coastal holiday destinations. 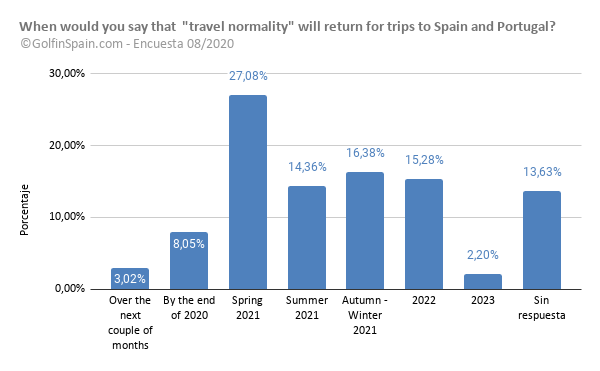 The main trend in 2020 has, understandably, been cancelled trips. A total of 58% of those replying to the survey said they had been affected by a cancellation, with 64% receiving a refund and the remaining respondents agreeing to a postponement voluntarily or accepting a voucher from the supplier. Now the problem arises when they won’t even be able to resume their travel plans in autumn, as unfortunately only 11% are confident of booking a golfing trip to Spain this autumn-winter. 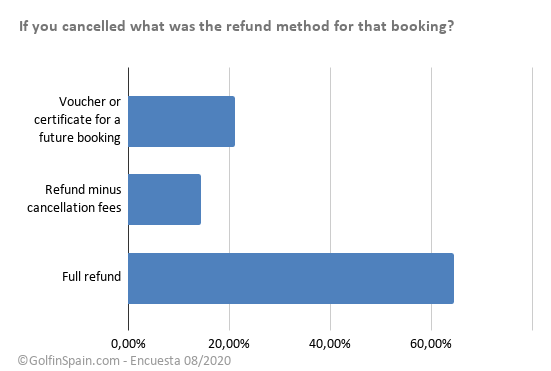 One positive aspect is that 66% of those surveyed confirmed they were “considering or studying the options for a golfing trip”, although a significant majority (57%) not until 2021 – while 18% did not envisage normality returning to Spanish travel until after 2022. Also positive was the fact that 56% said they had still not been affected professionally and barely 0.18% were unemployed. 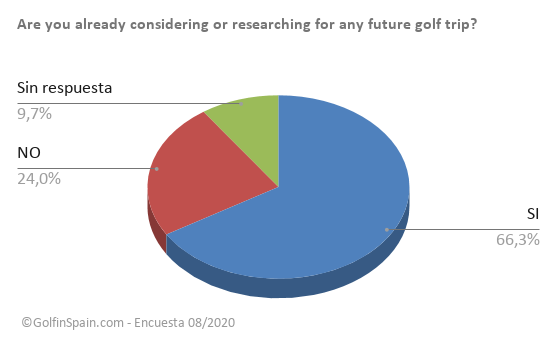 Bearing in mind the difficulties of playing golf in northern Europe in autumn, it would seem that interest will be restored as soon as quarantine measures for returning travellers are eased, as this is the main reason why international demand has been almost completely nullified. Unfortunately, a contraction of the market for an extended period seems inevitable, due to reduced travel budgets and golfers opting for other destinations that are not subject to quarantine drawbacks.

Comparing the number of trips taken by those surveyed in 2019 with those planned for 2021, it can be concluded that the volume is likely to be reduced, especially in the case of the more frequent travellers, although nearly 73% expect their budgets to be maintained at the same levels or even be higher, while 24% accept they will be reduced. 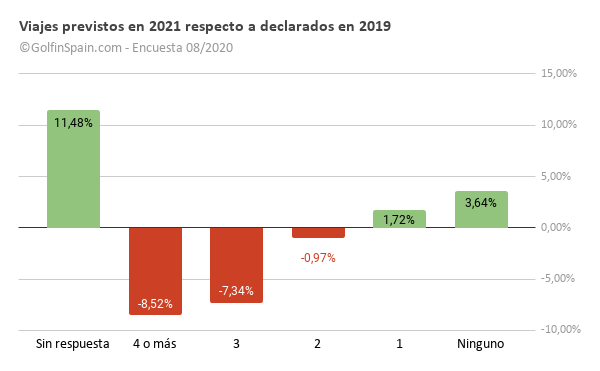 Over the next few days we will publish additional conclusions arising from the survey, such as how tourists view Spain’s different destinations and what positive measures they believe should be implemented to boost sales.

If you are an industry professional or journalist, and you would like more details about the survey, please feel free to contact us.

You can also read the second part of the results on destinations and motivations to travel.