This morning we extracted the winners of our special 2009 Volvo World Match Play competition. Special thanks to Volvo and IMG for allowing us to handle it and for offering such a great prices.

We created a list 10 winners with correct answers and based on their number of participations. The correct replies were:

1. By winning his group after Thursday and Thursday matches
2. Gary Player had to play 40 holes in 1973 for his victory.
3. UK is the most represented country among the players of the event.

Prizes were assigned based on the availability of the winners, but the first one Tom Jamieson from the UK, confirmed in a couple of hours and booked his flight to be at Finca Cortesín for the proam next Wednesday.

We’ll try to get some comments from them during the event. Thanks to everyone for participating. We hope to see you all at Finca Cortesín this week.

AT NUMBER THREE IN THE WORLD (AT TIME OF PUBLISHING) PAUL CASEY WILL BE THE HIGHEST RANKED PLAYER COMPETING IN THE VOLVO WORLD MATCH PLAY AT FINCA CORTESÍN THIS MONTH, AND KEEN TO JOIN AN ELITE GROUP OF PLAYERS TO HAVE WON THE TITLE MORE THAN ONCE (HE WAS VICTORIOUS IN 2006). HE SPEAKS EXCLUSIVELY TO SOCIETY LIVING ABOUT HIS CAREER, AND YEAR, SO FAR – AND HIS GOALS FOR THE FUTURE

How and why did you start playing golf, and what has been the biggest influence on your career? My dad introduced me to golf. I loved playing all sports from an early age but started to focus on golf as I got older. Dad is still really involved in the amateur game in England. My coach, Peter Kostis, has been a big influence on me in recent years.

Your favourite course in the world and why? Cypress Point – if you see a picture of the 16th and 17th you’ll understand why.

How do you feel you are playing right now – at least before you had to pull out of the BMW Championship (on the US PGA Tour)? Of course, after three wins I was really happy with the way I was playing before I hurt myself. It is very frustrating to have to take time out injured when you have been playing and performing great and especially at such a crucial time in the season. Still, you can look at it either way: it would obviously be a lot worse if I had a terrible season and then had to sit out for a couple of months without the opportunity to get out there and turn it around. I just want to make sure I don’t rush coming back – intercostal muscles take quite a bit of time to heal and you can easily set yourself right back to square one if you aren’t careful.

When did you realise you had made it? That’s a tricky question. I think while you are always aiming for new goals or to improve yourself you never sit back and think, “Well done me, I‘ve made it.” Until I achieve all that I believe I am capable of, and that includes some majors wins, I don’t think I will ever consider that I have totally made it. I am obviously proud of what I have achieved so far, including my tournament wins, Ryder Cup achievements and reaching world number three – they are all great, but I still believe I can achieve so much more.

END_OF_DOCUMENT_TOKEN_TO_BE_REPLACED

Hotel Finca Cortesín is now offering very interesting conditions for the few rooms that are still available for the Volvo World Match Play. We have also updated the package we have published for this event, including new extras like a welcome drink with tapa, Junior Suite with views for the same price as the Standard Junior Suite or the possibility of an early check in or late check out (all these extras are always upon availability).

Having reduced the minimum stay to 3 nights, this is a unique opportunity that will be difficult to level off in the future: staying and enjoying the luxury this hotel offers, surrounded by 16 of the best golf players worldwide. This is like living the tournament from the “backstage”.  You can also add golfing to the package, in some of the best courses in Spain, like Valderrama, Sotogrande or La Reserva. And remember, November 1st is a national holiday, make this an event you will never forget!

Henrik Stenson, Sergio Garcia, Lee Westwood and Martin Kaymer are the latest golf stars to commit to the 2009 Volvo World Match Play Championship at Finca Cortesin from the 29th October to 1st November. Ranked 6th, 8th, 11th and 13th in the world respectively they qualify as the highest ranked available players not otherwise qualified on yesterday’s Official World Golf Ranking. Seven of the 11 players now confirmed are ranked in the world’s top 20 and the field looks sure to be the strongest ever with many tantalising match ups as the world’s best golfers go head to head in the new look Volvo World Match Play Championship.

Sergio Garcia:  “I am delighted to have formally qualified for the first Volvo World Match Play to be held in Spain and I am really looking forward to playing in front of my home crowds. It is going to be an exciting few weeks for me playing at home in Spain. As well as playing in the Madrid Masters, I am hoping to defend my title at the Castello Masters and then try to go on to win the inaugural Volvo World Match Play Championship at Finca Cortesin. I think it will be fascinating for the spectators to be able to go and watch two such different events. Match play offers such a different spectacle and atmosphere for the fans and I think it is great for Spanish golf to be welcoming such a prestigious event.”

There are now only five places left to confirm in the field and this week’s Alfred Dunhill Links Championship presents the last chance for the likes of Rory McIlroy, Ross Fisher, Angel Cabrera, Oliver Wilson and Spain’s very own Gonzalo Fernandez Castano to secure their places. The five highest ranked players as of Monday, 5th October on the European Tour Race to Dubai Rankings not otherwise qualified will complete the 16-man line up and the right to compete for the €3.25 million prize fund and a first prize of €750,000.

Tickets and accommodation can be purchased here at Golf in Spain with special ticket prices only till October 22nd.

“While I feel I am extremely close to being fully fit I have decided to heed advice and withdraw from the Alfred Dunhill Links Championship. I am really disappointed as it is a fantastic event and one I am very sorry to miss but I know that coming back too soon could undo all the rehabilitation work I have done. It has been a very frustrating time but I feel my patience is being rewarded having now completed several light practice sessions with no ill effects. I am looking forward to building on this over the next few weeks to get my game in shape for my return. My first event back will now be the Volvo World Match Play Championship where I hope I can get my Race to Dubai campaign back on track.”

***Paul is recovering from a tear of the internal oblique at the 10th and 11th rib and an intercostal strain in the same area.***

Jeev Milkha Singh and Anthony Kim have confirmed they will play in the 2009 Volvo World Match Play Championship at Finca Cortesin from the 29th October to 1st November.

Milkha Singh and Kim have taken up their places in the 16-man field which they qualified for as the highest ranked available players from Asia and the North America based upon the Official World Ranking as of 17th August and via the all new qualifying criteria – part of Volvo’s innovative ‘new look’ match play. They join Paul Casey, Retief Goosen, Camilo Villegas, Robert Allenby and Scott Strange who have already confirmed their entry into the 2009 Championship.

Jeev Milkha Singh, the 37-year-old Indian, who becomes the first player from the sub-continent to play in the professional golf’s longest-running match play championship explained why he is delighted to be playing, “I resurrected my career by winning two Volvo-sponsored events in 2006, the Volvo China Open and the Volvo Masters, which got me inside the top 50 in the world and qualified me for the ‘majors’ and WGC events. I owe a debt of gratitude to Volvo who were completely understanding when I was unable to defend my Volvo China Open title in 2007 because I had the opportunity to play in my first ‘major,’ the US Masters at Augusta and I have never forgotten that.”
END_OF_DOCUMENT_TOKEN_TO_BE_REPLACED 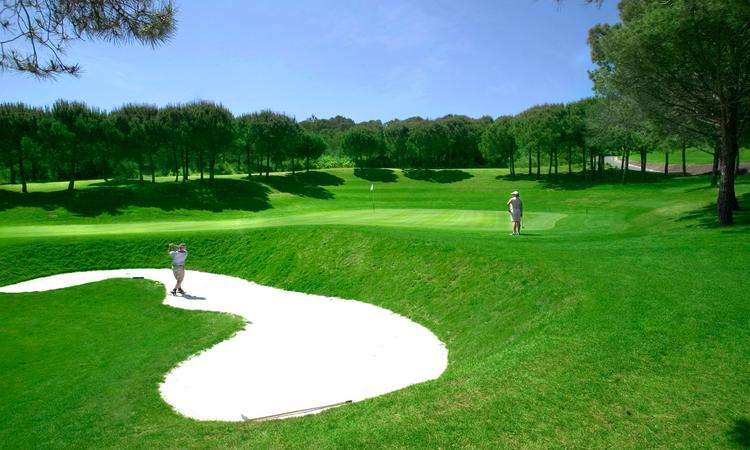 END_OF_DOCUMENT_TOKEN_TO_BE_REPLACED

We’ve published a few initial offers of accomodation + tickets for Volvo World Match Play, from the 29th of October to the 1st of November.  There are options from 112€ for 3 nights with tickets, and matching up with the holiday on November 1st, it will be difficult to find an excuse to not make it with a small golf getaway to the the Costa del Sol.

At the moment, we’ve published options in apartments, 4 and 5 star hotels, with and without golf… all with special offers for the first to reserve!