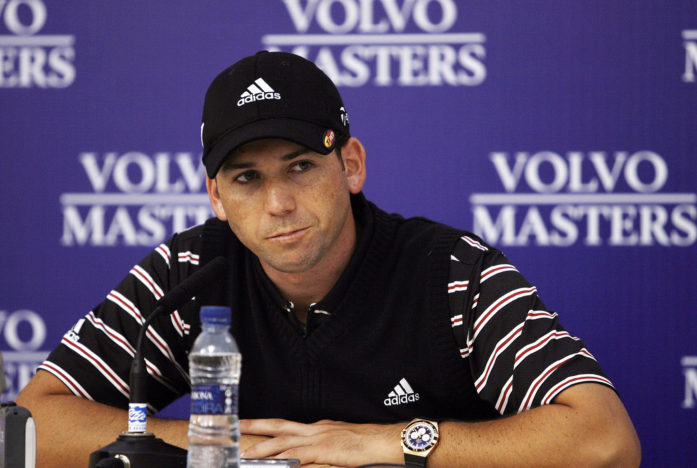 Dubbed “El Niño”, Sergio García rose from 399th to 12th in the world rankings in his first season as a pro, after becoming the only non-professional to make the 1999 US Masters cut (as reigning British Amateur champion). He had four main objectives in that first year, and he achieved them all: secure US and European Tour cards for 2000; win a European Tour event; and make the Ryder Cup team. The first was achieved after just two US starts (joint third and 11th); the second and third when he won the Murphy’s Irish Open; and the fourth when he finished second, just one stroke behind the winner Tiger Woods, in the US PGA Championship. He thus became the youngest player to tee up in a Ryder Cup, before captaining Spain to its first victory in the Dunhill Cup – teamed with Miguel Ángel Jiménez and José María Olazábal in Scotland. He lost a play-off in the 2007 British Open against Padraig Harrington, for what would have been his first major, but bounced back to win the Players Championship (considered the “fifth major”) on the US PGA Tour the following year.