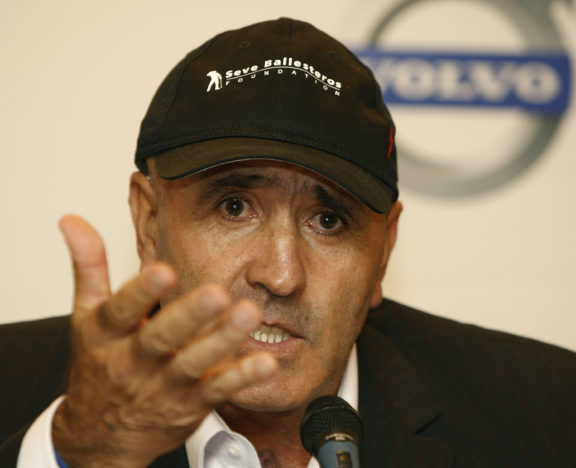 Others might have won more majors, or enjoyed longer careers at the top, but Severiano Ballesteros mesmerised the golfing world with his artistry, derring-do, charisma, passion and true grit like no other player in the history of the sport. He won 87 titles worldwide during his career, including three British Opens (1979, 1984 and 1988) and two US Masters (1980 and 1983). He played in eight Ryder Cups, winning 20 points from 37 matches, and captained Europe to victory against the Americans in 1997 at Valderrama – the first time the competition had been held outside the UK or the US. He was the second world number one (after Bernhard Langer) when the official world rankings were launched in 1986, holding top place for a total of 61 weeks during his early career; and headed the European Tour order of merit five times. In October 2008, he was diagnosed with a brain tumour and, after a stoic battle against the debilitating effects of the disease, he died at home, “peacefully surrounded by his family”, on 7 May 2011.