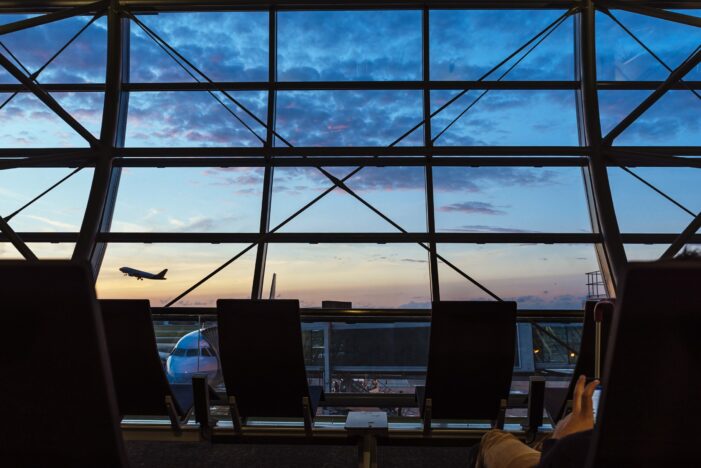 We have updated the chart of rates to be able to travel with golf clubs. There hasn´t been much of a variation in prices since the last update.

In most airlines, if you exceed the maximum weight of 23kg of luggage, you will have to pay a certain amount for the excess.

From the last rate chart that was published in 2019 and up to today, it must be taken into account that in the majority of cases it is cheaper to prebook in advance and it is very important to remember that the payment is usually per trip. Payment at the airport is usually more expensive than doing it beforehand online.

Regarding the golf clubs to transport them, invest in a good travel bag, preferably rigid, since this way they will be more protected. Pack your clubs carefully, if you use a soft tissue travel bag, protect your clubs by wrapping them with cloth, towels or bubble wrap.

If you want to travel lighter of luggage and more comfortable, we can offer you the possibility to rent golf clubs in almost all destinations.

This is the second part of our report outlining the conclusions of a survey we held among international golfing clients in early-September. The survey was conducted by personal email invitation to verified clients, and attracted 1,000 replies from clients in 28 countries (74% of them European). We explained some of the technical aspects in the first part and in the complete survey report.

In that initial report we analysed data in reference to cancellations, while here in the second part we compare the conclusions that can be drawn when it comes to respondents’ perception of Spain’s diverse destinations, as well as the key measures they take into account when assessing our bookings.

END_OF_DOCUMENT_TOKEN_TO_BE_REPLACED Located in the geographic centre of Spain, with excellent connections to the rest of Europe, Madrid is one of the world’s most culturally diverse and tourist-friendly cities. It is the third largest metropolis in Europe, after London and Paris, and offers both the enchanting allure of a venerable past and the comforts and services of a cutting-edge 21st century infrastructure – including several top-class golf courses. The ideal place, therefore, for a golfing holiday combined with sightseeing and other leisure and cultural pursuits.

To help you take full advantage of your stay, we have created a special hotel and golf package, but first a little about Madrid itself…

Experiencing a Mediterranean climate with continental aspects, Madrid has a rich heritage of historic buildings dating from the Spanish Golden Age (coinciding with the Hapsburg reign), especially embodied in the showpiece Plaza Mayor. Madrid also has the highest number of trees and the largest green surface per inhabitant of any city in Europe. These include central Madrid’s largest park, Parque del Retiro, and the Casa de Campo urban parkland to the west of the city.

As befits a major global capital city, Madrid is home to an exceptional array of museums, highlighted by the “Golden Triangle of Art”, comprising the Prado, Thyssen-Bornemisza and Reina Sofia museums – the latter displaying Pablo Picasso’s famous “Guernica” painting.

Located just a short distance away, in the city centre, is the Hotel NH Collection Paseo del Prado, which has recently been refurbished and converted into a five-star establishment. Overlooking the Fountain of Neptune and offering a wonderful 19th century feel, the hotel is enhanced by stunning modern details and is also a convenient drive from some of the only courses in the area accepting non-members.

Real Club de Golf Herrería, for example, is just 400 metres from the picturesque town of El Escorial. In 2001 its front nine meandering through an oak tree forest was revamped by renowned designer José Gancedo – popularly known as the “Picasso of golf course design”.

Also close by is the Real Sociedad Hípica Española Club de Campo course, with 36 holes designed by Robert von Hagge and opened in 1997, and top equestrian and other sports amenities.

We’ve added some new companies and updated the information page about costs of flying with golf clubs with the main companies operating Spain so you can work out “real” costs of your flights.

END_OF_DOCUMENT_TOKEN_TO_BE_REPLACED

Clients often ask us about the costs of flying with golf clubs, and it is important to compare charges, so we have created a page with a table containing information about various airlines’ policies and charges. As we all know from experience, there are more and more obstacles and increased transport costs involved in flying, so this is perhaps a good moment to remind you that in many destinations we have a rental service offering quality clubs.

Flying with your golf clubs

bring clubs to spainfly with clubs